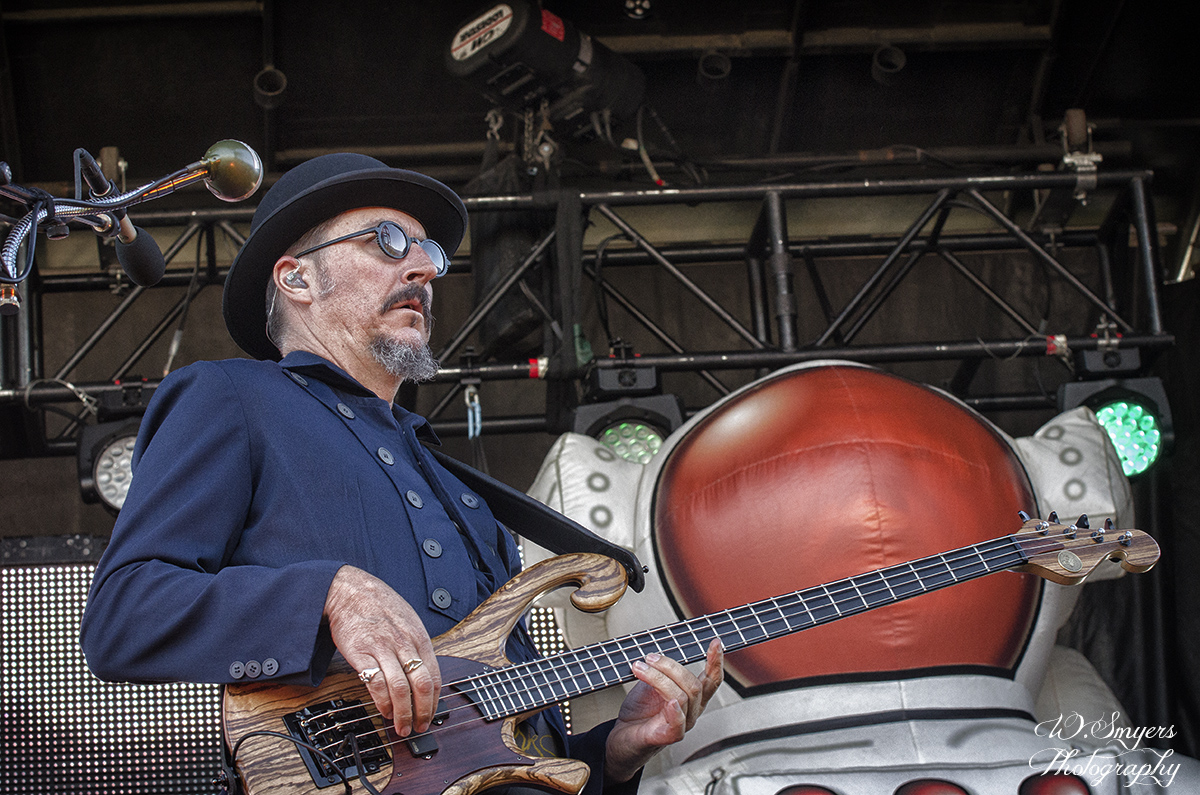 Les Claypool and his band shared the stage again with their well known blow up astronauts guarding either side of the stage with video feed faces projected onto the helmeted heads of a George W. Bush look-a-like animated head looping, a huge projector hung in behind the stage playing trippy videos to accompany their music.
Last year, the band played the same venue as a free concert and filled the area as far as the “Seas of Cheese” could see. Primus is no stranger to the area, their first appearance in the local area was in 1989 at a place called Salty Dog Saloon opening for 24-7 Spyz.
Based out of San Francisco California, the band is currently composed of bassist/vocalist Les Claypool who takes the stage with his funny masks and costumes while slapping a upright bass guitar or jam playing a Whamola, guitarist Larry “Ler” LaLonde who always wears striped shirts and drummer Tim “Herb” Alexander, known for his “polyrhythmic” playing.

The band can be accredited for Comedy Central’s “South Park” theme song and “Robot Chicken” theme song on Cartoon Network’s Adult Swim, you may have even played “John the Fisherman” while rockin’ out with your friends in Rock band. Primus has been jammin out and slappin’ the bass around in the eclectic post apocalyptic punk/jam/funkedelic/can’t really label this shit for about 27 years.
Anointing our ears with deep bassy beats, laid back jams, and rock riffs while encouraging us to get some soft serve ice cream. Les saw Pete’s soft serve ice cream truck, one of the many food vendors filling our bellys with good eats, he said “Given the choice myself or soft serve ice cream, I would have chosen soft serve ice cream any day!” Which I do have to admit, soft serve was pretty tasty thanks for the idea “Uncle Les”
While playing “My Name is Mud,” a big train bellowed down the tracks near the whole song wich added to the sound. “I couldn’t have planned that shit any better if I tried” Les cried out after. Before the band left the stage, Les tipped his black felt fur derby goodnight. The crowd without fail chanted… “Primus sucks! Primus sucks!” Primus climbed the stage again and just as Les was starting to talk to the crowd a bunch of motorcycles rode by, to which he states “Les, Motorcycle gangs, bugs, and seagulls, what more could you ask for.”

Encore
Too Many Puppies

Fishbone, opening act for Primus took the stage at a little after 4 due to a schedule change. This band from Los Angeles, California. played a mixing rhythm of blues, soul, hip-hop, heavy metal and punk with a hot New Orleans flavoring. Energetically, Fishbone played, danced sang up on stage and the crowd did the same. Opening “It’s a party” and closing with “Sunless Saturday” the upbeat sounds of the band kept feet tapping, hands clapping and arms flapping the whole time. After the set the band members could be seen shaking hands and standing for photo ops all throughout the venue. 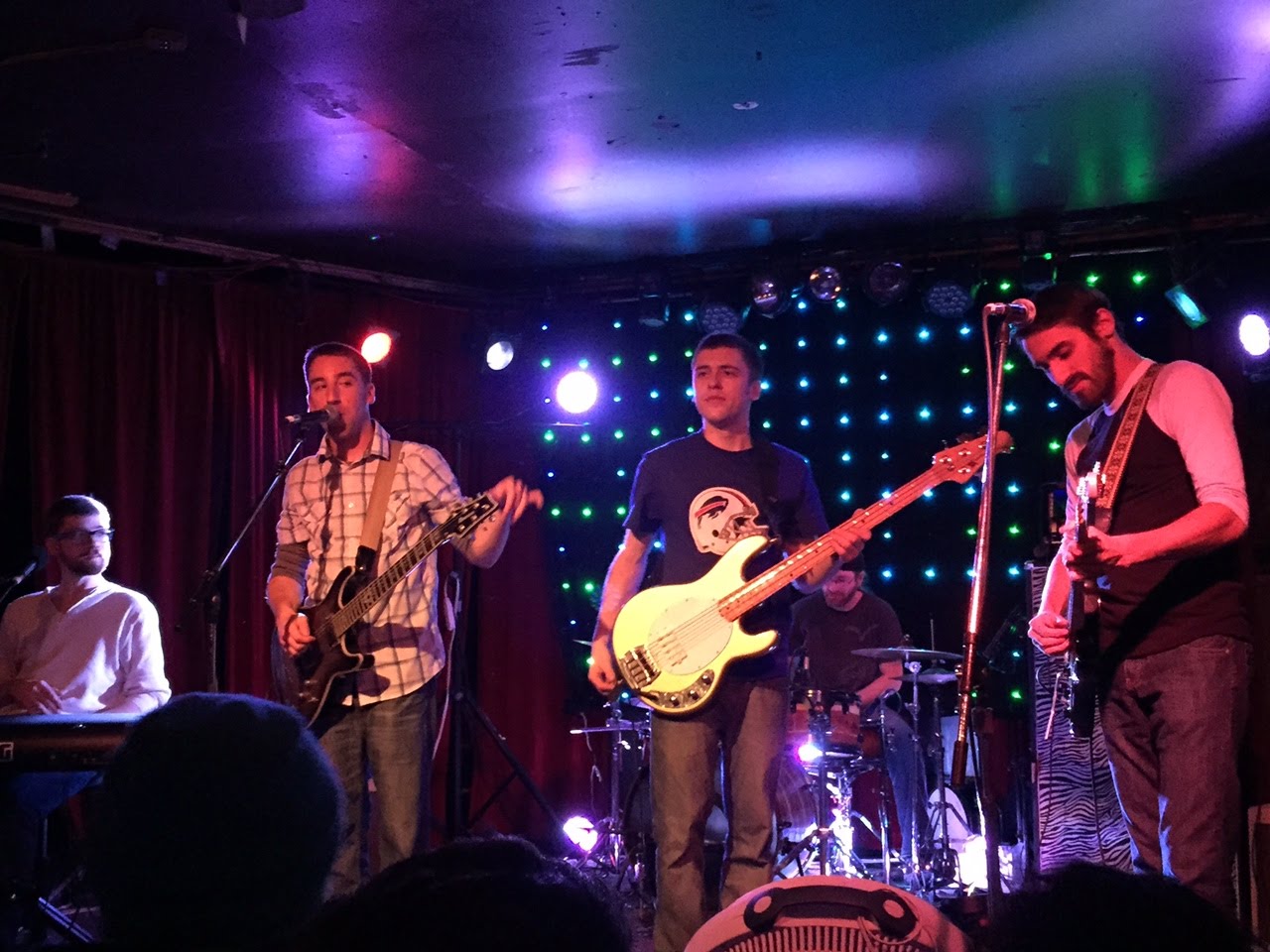