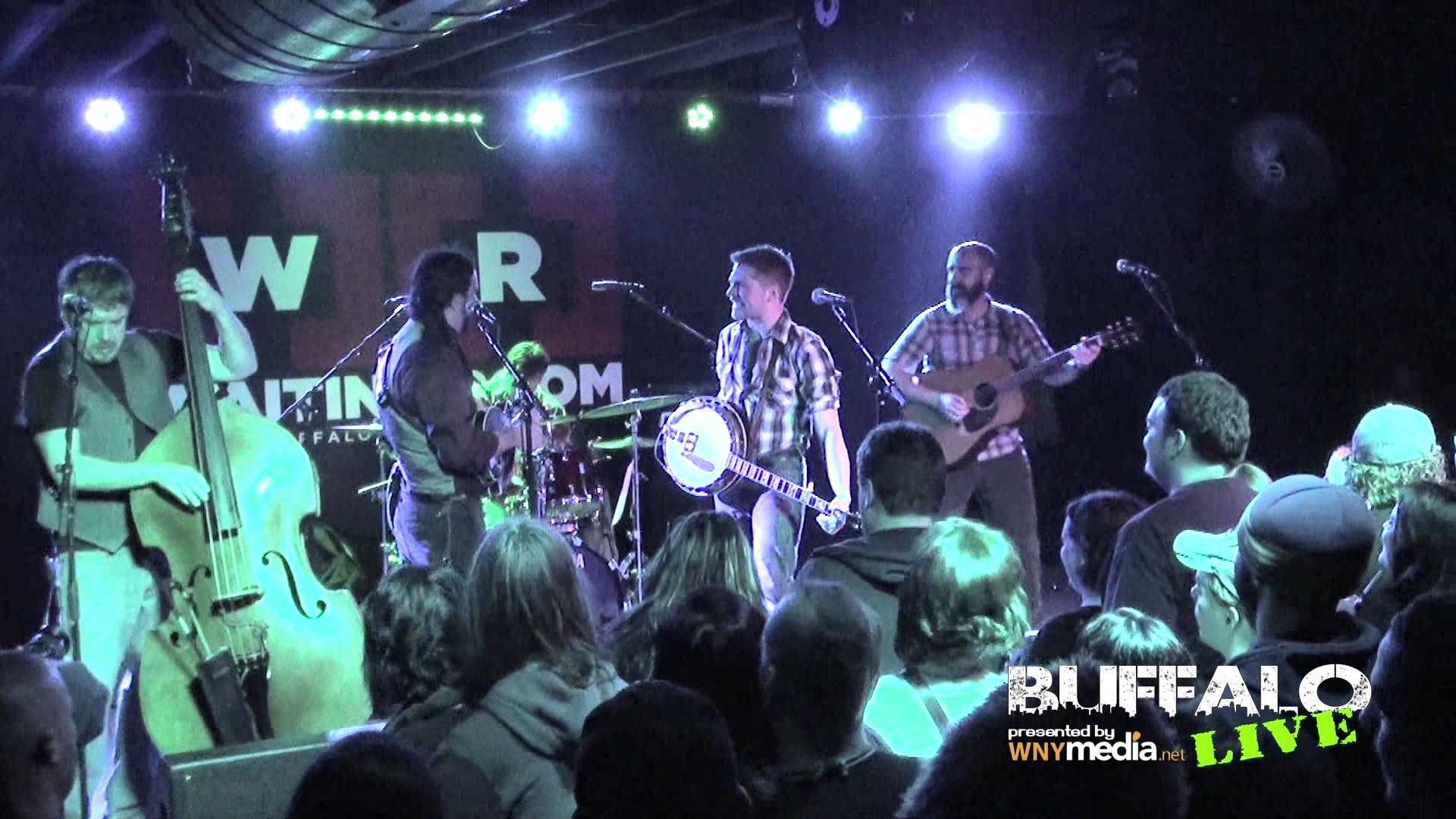 Floodwood is one of the hottest new acts on the jam band scene and it’s easy to see why by their recent performance is Buffalo this weekend. A progressive string band, hailing from Upstate, NY, its members are veteran musicians who’ve performed on stages around the world over the last 20 years.

They breathe fresh life into timeless acoustic music & play with the dexterity & chops of seasoned pros and Saturday’s show at the Waiting Room didn’t disappoint.

The band played well into Sunday morning, jamming out more than 30 songs in two powerful and energetic sets If you missed it, WNYmedia was there and it is this week’s featured live performance ( see video above).

The foothills of the Adirondack Mountains in upstate New York, also known as “The Leatherstocking Region” is home to Floodwood, the northeast’s newest progressive string band. While the band is merely a year old, there is already a huge buzz around this band as they’ve been tearing up festivals, PACS, & clubs on the east coast with their original brand of newgrass.

Al Schnier & Vinnie Amico not only play together in moe., one of the premier touring bands in the country, but they’ve also recorded & toured as the Americana group Al & The Transamericans for over a decade.

Likewise, Jason Barady spent over 10 years recording & touring with the Bluegrass group Wooden Spoon from Taos, until returning to his hometown in central, NY.

Nick Piccininni is a largely self taught violinist, who learned his bluegrass chops the old fashioned way – in festival picking circles & bluegrass festivals. He’s been a professional banjo player & fiddler in high demand on the bluegrass circuit since the age of 13, & has toured w/ The Abrams Brothers, The Atkinsons, The Delaneys, & more.