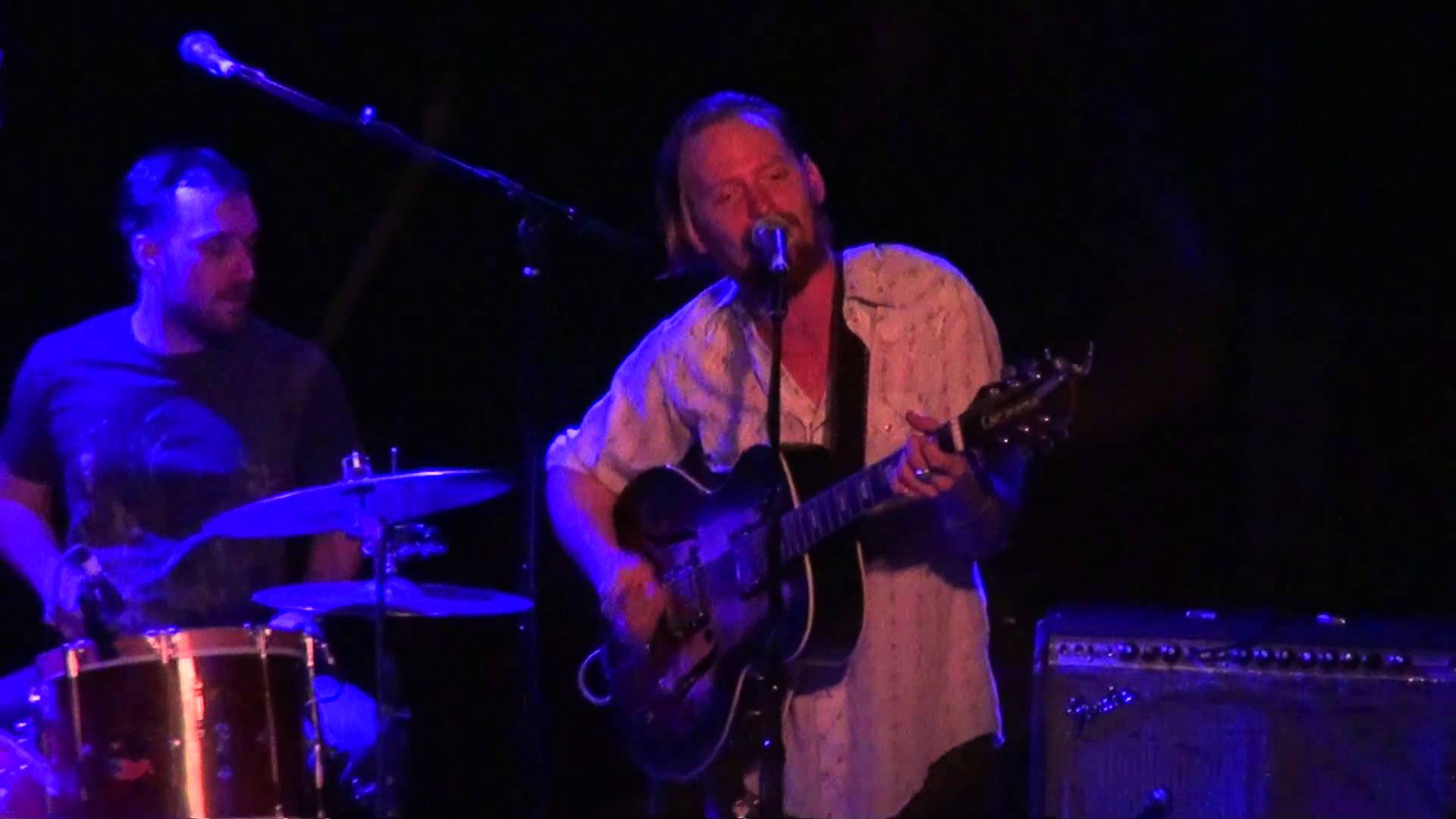 Sharing a common love of music, whiskey and life on the road, Fruition were originally brought together by the lure of adventure. For the last five years, the Portland, OR string infused quintet has racked up the miles playing sold out shows in their adopted hometown and garnering new fans across the country. This summer, Fruition will release Just One of Them Nights, an album that finds the band tackling the many struggles and successes that come along with living a vagabond lifestyle and the search for artistic clarity.

Jay Cobb Anderson (lead guitar/vocals) and Keith Simon (bass) moved from Idaho to the Pacific Northwest with nothing but their instruments and some drinking money. They spent their days busking the streets and their nights exploring Portland’s rich music scene. In 2008, the duo met fellow street performers Kellen Asebroek (guitar) and Georgia-born Mimi Naja (mandolin/vocals). Feeling an instant connection, the foursome decided to embark on a new collaboration. Just a few short weeks later, the like-minded new friends found themselves in a living room crowded around a microphone and recording Hawthorne Hoedown – an album that took one day to record but forged a lasting connection.

For the next three years, Fruition traveled up and down Highway 101 busking the streets, playing small clubs, sleeping on couches, and building a devout fan base through word of mouth. They caught the ear of Hot Buttered Rum’s Nat Keefe in 2009, who eventually produced a self-titled album for the band in 2009. Shortly thereafter, Jay and Keith’s high school buddy Tyler Thompson (drums) joined the group, amplifying their sound and elevating them to the versatile Americana-meets-Rock n Roll enigma that they are today.

Fruition have become arduous road warriors traveling the country and showcasing their adventures and experiences through song. In 2011, Fruition recorded the EP It Won’t Be Long, the band’s first effort as a five-piece. Soon after, the group’s three prominent songwriters, Anderson, Asebroek and Naja, discovered they had penned over forty tunes. The band knew it was time for the next level of their journey – to create a top-notch album recorded in a professional recording studio and capturing their foot-stomping, high-energy string-infused songs. The only hitch… where was a nomadic group of independent musicians going to find the funds to create this high caliber album? The answer came in the form of a successful Kickstarter campaign in which Fruition surpassed their goal of $20,000 through the help of friends, family and diehard fans.

Slated for release on July 30th, Just One of Them Nights was recorded at Old School Studios in Casper, CA. The album features eleven selections and introduces Kellen and Mimi on piano and Tyler on banjo. The first featured single from the album, “Mountain Annie,” is poised to become an Americana classic. The song’s steady gait and memorable melody hook audiences on first listen while Anderson’s lyrics address longing for a lover who is no longer present. On Kellen’s “Blue Light,” the band ventures into electric Rock ‘n Roll territory and quickly transitions into a traditional country rhythm without missing a beat. “Blue Light” features exuberant solos from Jay on guitar and Mimi on mandolin offering fans a taste of what’s in store for fans at the band’s live shows. “The Wanter,” penned by Naja, the band erupts into a classic bluegrass inferno of fast and furious string picking showcasing their skill as well as some of their influences. And on “Get In” the band slow it down a notch capture the mood of swimming in a languid ocean. The track sounds both fresh and familiar peppered with three-part harmonies and Naja on mandolin.

Over the years, Fruition have collaborated with Leftover Salmon, Railroad Earth, Danny Barnes, ALO, Elephant Revival and The Head and The Heart. They’ve thrilled audiences at festivals including High Sierra Music Festival, Northwest String Summit and All Good Music Festival, and played for packed rooms at Portland, OR’s Crystal Ballroom, Boulder, CO’s Fox Theater, San Francisco, CA’s Great American Music Hall, Boston, MA’s Brighton Music Hall and more. With no signs of slowing down, the band takes each day as it comes. From broken down vans and whiskey shots, to the lovers and loved-ones who check-in through the miles, at the end of the day it’s Just One of Them Nights for this talented bunch who are experiencing a radiant present and looking towards an even brighter future.