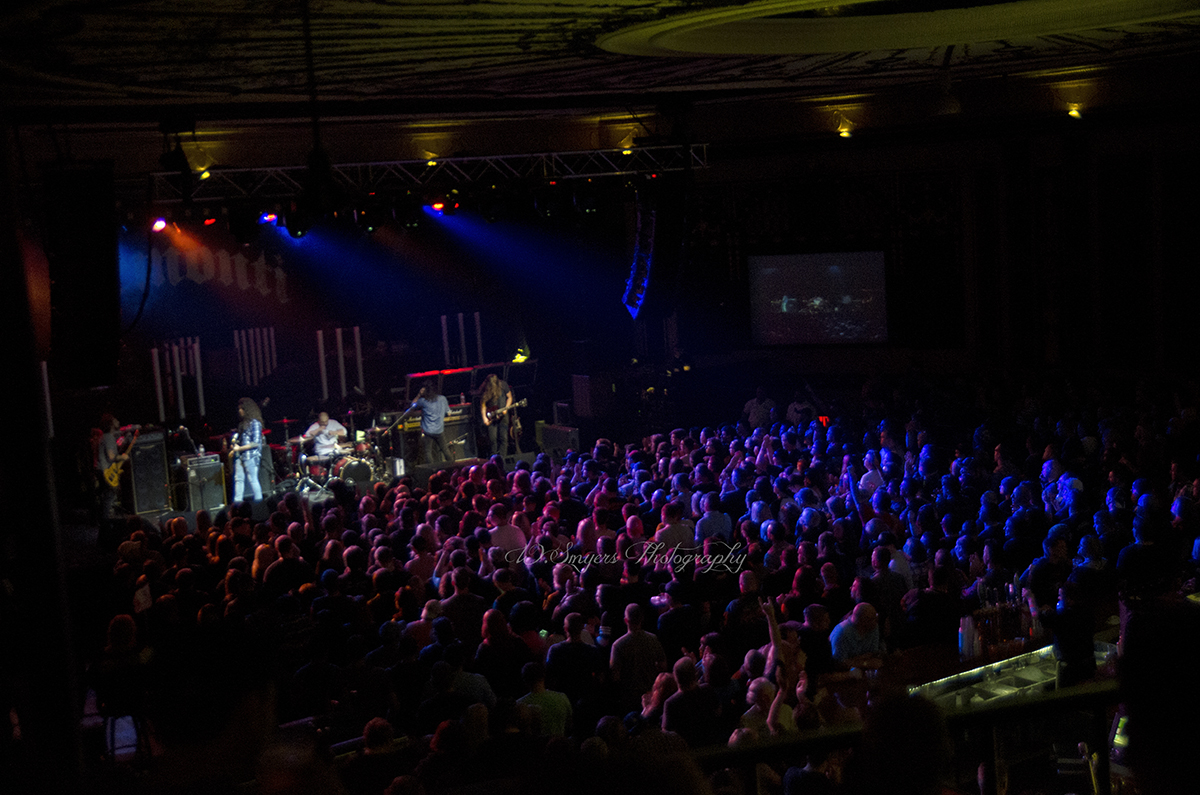 Reviewed By Jessie Lakatos
Photos By William Smyers
Rapids Theater
Niagara Falls, NY 14305 USA
May 5th, 2015 7:30 pm – 11:00 pm
Seether, known for their Post-grunge rock sound, actually came to the U.S. in 2002 after performing for a few years in their home country of South Africa under the band name Saron Gas. The risky move proved to be a smart one; the group easily slid into U.S. rock radio playlists and has since sold millions of albums around the world.
Three of the band’s albums — 2002’s Disclaimer, 2004’s Disclaimer II, 2005’s Karma and Effect and 2007’s Finding Beauty in Negative Spaces — sold more than 500,000 copies in the United States. Seether’s 2011 studio album, Holding Onto Strings Better Left to Fray, reached No. 2 on The Billboard 200!
Something about their casual non commercial way of getting their rock on and staying true to themselves as a band It wasn’t commercial it wasn’t routine it was like jamming with friends in a big room, it was casual and tasteful , I would love to see an acoustic setting with Seether! The band had great energy, crowd was great, and the Grand Rapids is a great venue very good for the acoustics. They played every song you would here and more and the light show was fantastic!
Seether
Setlist
Tremonti, an American rock band, opened for Seether founded and fronted by lead vocalist and guitarist Mark Tremonti, known as the guitarist of the bands Creed and Alter Bridge. Fans of Creed and Alter Bridge know exactly what to expect when they show up at a Tremonti concert… loud fast and some heavy riffs. The Bassists worked so hard that his right arm was so pumped it looked 3 times the size of his left one.This was the first time I have heard them and I already had them added to my spotify playlist before Seether came on. If you a fan of Rock music with heavy bass riffs definitely check out Tremonti!
Tremonti
Setlist
Red Sun Rising,opened the stage in a solid rockin style and they definitely got the crowd pumped. This band is just getting out there so lets show them some support, they have good solid sound and I can’t wait to get their music.
Red Sun Rising