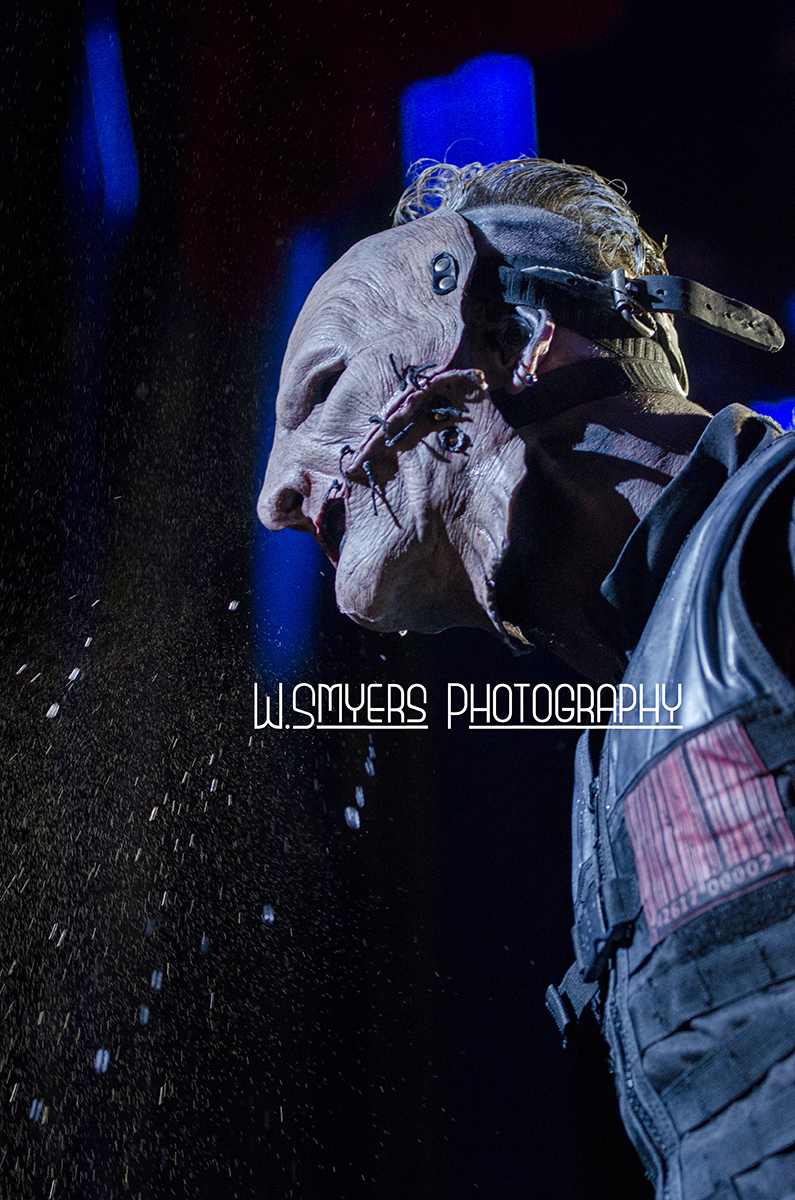 Bullet For My Valentine
Darien Lake Performing Arts Center – Wednesday July 29th, 2015
Reviewed by Jessie Lakatos
Photos By William Smyers and Jessie Lakatos
In the midst of the hot July summer heat, fan filled cars lined the parking the scorching hot parking lot waiting to get into Darien Lake concert entrance of the sold out show.  While we awaited our turn at the very tightly fitted parking I could hear Motionless in White.  That’s right, sadly we didn’t get into the venue fast enough to see them.  I was sadden a little because they sounded good and I heard great stuff about them.
After a very sweaty adventure getting in we did make it time to catch Bullet for my Valentine.  I have heard them before, just never saw them live.  Well, despite the very thick muggy air, Bullet for my Valentine but on a great set with high energy, great stage appearance.  Then after a set change there was Lamb of God.  OMG!  The energy that Randy Blythe, Chris Adler, Mark Morton, Willie Adler, John Campbell, Abe Spear.  Blythe, pronounced Bly, the “the” is silent is crazy insane in a old punk, harcore metal way.    I lost track of how many times that Randy leaped onto the air of a small stage riser.  I think he may have kicked his own arse!  Randy and the guys were a great treat to watch on the stage.  It was so hot that Randy was literally was showering on stage, pouring bottle after bottle over his head.  The heavy riffs and deep vocals brought the crowd to a rip roaring cheer during Laid to Rest .
As I made my way to the lawn,  I spotted countless moshpits.  Solid hardcore headbangers, people lined up along the metal fence holding on tight to thrash to LOG it was insane fun with people rocking out!

And then Slip knot came on.

There is not many times that I am speech less when it comes to things that I like, the SLIPKNOT show had me speechless from the time they hit the stage, with high intense flamed lined stairs I was starstruck!

Notoriously known for their overalls, and masks this band… they didn’t disappoint. When security had started clearing the way, and moving us ridiculously back, not just a couple feet from the VIP seating but a couple hundred feet, well, I knew that I shouldn’t miss what was going to happen.  Not disclosing where and what I actually did while the boyfriend took pictures at the stage to bring you the awesomeness of live action shots, I got tothe highest point as I could to tell be able to tell you what I was about to see.  Never in all of my concerts that I have covered, we are talking hundreds here, have I ever SEEN anything to what I am about to describe.  There was 4 sets of stairs, 2 pairs on either side of the stage, starting from in front of the stage, floors up to the stage, then from the stage to the inviting goat head, in a dark carnival still above the doorway.  It looked like the fiery stairway to the gates of carnival of dark souls!  Pyromancy lit the stage and lined the stairs, the traditional drum kit setup on either side of the stage rotated and elevated twenty feet high, separately at time times, and simultaneously at others.  Clown had me cracking up several times with his very animated dark twisted style of drumming.
After the 3rd song, I climbed down from my perch to meet up with the boyfriend who said that the Pyro tripled the temperature near the stage.  Venturing to the middle of the crowd to see the show, we saw many people moshing, thrashing, fist pumping, crowd surfing, garbage can throwing, and everything else that you do at a metal concert.  I even saw the crowd pick up a hardcore fan in  a wheelchair so that he could live the dream and crowd surf!  During wait and bleed I lost my voice from singing along.  I was surprised at how many people new Killpop, one of their new songs. during duality I was I had some enthusiastic guy high five me during the whole song.  We have covered a wide variety of live concerts and I would like to say, Slipknot puts on one of the best that I have seen, I rate them 4 and a half stars! 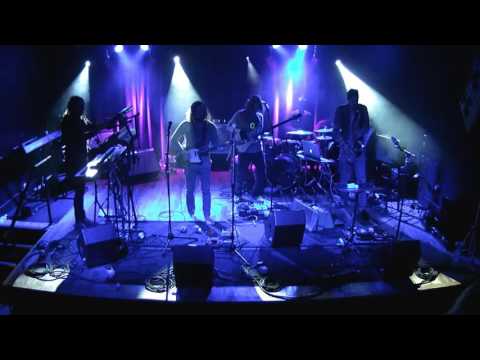