The Boston born, now generally Northeast based, but ever on-the-go Dopapod has come a long way from their college basement, DIY party roots. While maintaining to be as grassroots as their humble beginnings, the group has earned praise from taste making critics like Huffington Post, Jambase, and Relix, all the while tending to their ever expanding community of devoted listeners. The past 4 years have individually held the weight of about 150 shows, and included numerous festival appearances like Wakarusa, Summer Camp, Electric Forest, Camp Bisco, Peach Fest, & Gathering Of the Vibes. All of this time on stage together has given the band the opportunity to explore the wide variety of influences that has impacted them to be the players they are today. But, don’t be quick to think that the no holds barred openness to experimenting is unguided. While the brush in their hand uses every color, it’s the stroke on the canvas that gives Dopapod a distinct voice in the way of crafty songwriting.

Turbo Suit is a vibrant voice in live electronic music. The versatile Indianapolis trio is comprised of David Embry on production and vocals, Nicholas Gerlach on tenor saxophone and EWI, and Jeff Peterson on drums.

While under the name Cosby Sweater, the band has been making crowds dance since their launch in 2012. They have shared the stage with Pretty Lights, Umphrey’s McGee, The Disco Biscuits, Lotus, Deltron 3030 and EOTO, and performed at a plethora of top national festivals. On multiple occasions the band has been joined by Joel Cummins of Umphrey’s McGee on keyboards. 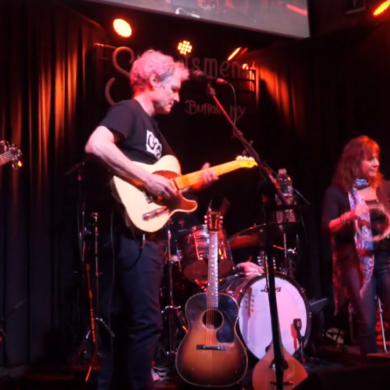