The music world lost another gem this weekend with the passing of Charles Bradley.  We were fortunate enough to see Bradley here in Buffalo last year as he opened the 2016 Canalside Concert season.

He will be missed:

In 1996, Bradley’s mother called him and asked him to move back in with her in Brooklyn so she could get to know him.[5] It was there he began making a living moonlighting as a James Brown impersonator in local clubs under the name “Black Velvet.”[10][11] During this time, Bradley experienced more difficulties, including almost dying in a hospital after having an allergic reaction to penicillin, and, in a separate episode, awaking at his mother’s house to a commotion as police and ambulances were arriving to the scene of his brother’s murder, just down the road from there.[5]

While performing as “Black Velvet,” he was eventually discovered by Gabriel Roth (better known as “Bosco Mann“), a co-founder of Daptone Records. Roth introduced Bradley to Daptone artist and his future producer Tom Brenneck, then the songwriter and guitarist for The Bullets, and later for Menahan Street Band, who invited Bradley to his band’s rehearsal. Bradley asked that the band simply perform while he made up lyrics on the spot. After writing several songs, Daptone released some of these initial recordings on vinyl starting in 2002

Read more about Bradley’s interesting life on his wikipedia page 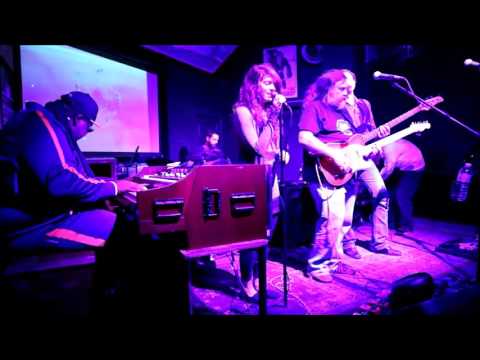