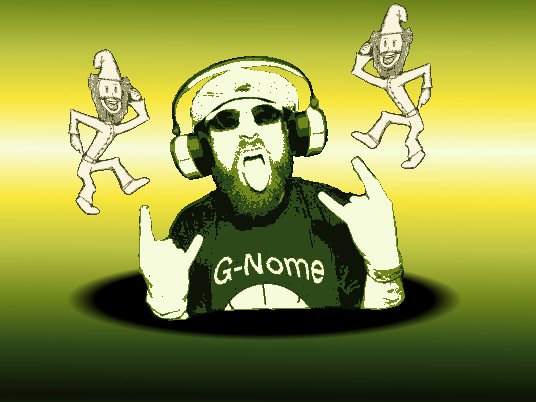 G-Nome Project is Israel’s premier Livetronica band. Formed in September 2012, G-Nome Project is rapidly building one of the most loyal fan bases in the country, packing venues to capacity in their home city, Jerusalem, and expanding rapidly to the heart of the artistic scene in Israel’s center in greater Tel Aviv. The band is comprised from a super group of four nationally renowned musicians – Yakir Hyman, Zechariah Reich, Chemy Soibelman, and Eyal Salomon – who each bring a distinctive flavor to the dynamic electro-funk palate of this Jerusalem-based quartet. G-Nome Project is the product of their longstanding musical vision to form an ensemble focused heavily on improvisation while blending elements of electronica, dance, and funk into progressive original compositions – a style that has been coined “Grilled Cheese Funk at its finest.” Fans of many colors flock to the band’s shows for the music, good vibes, and hardcore dancing that exemplify the character of the G-Nome community.

The word “live” has many meanings. As a verb it can mean to have life, or even to pursue a positive and satisfying existence. As an adjective it could mean in use or ready for use. As an adverb, it means the opposite of recorded. All of these definitions help to inform the experience of being in, and enjoying the music of Buffalo, New York’s Sonder.

Sonder is ready: ready to engage their fans with their live electronic, progressive rock tinged jam/funk sound. They’re full of life and positivity, and their live performance has created a buzz that any up-and-coming band would covet. The band—made up of drummer and vocalist Ryan Bress, keyboardist and synth bassist Andrew Buchwald, and guitarist/bassist Mike Pfeil—have one main goal: to come together as a whole and push the idea of live music, and life, as far as they can. This is immediately evident when listening to the band’s tight, yet groovy prog-funk electronic sounds—or even better, when experiencing those sounds live. 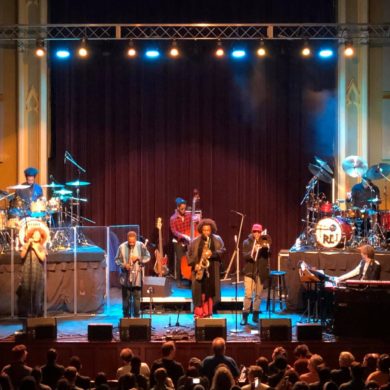 An Epic Concert By Kamasi Washington