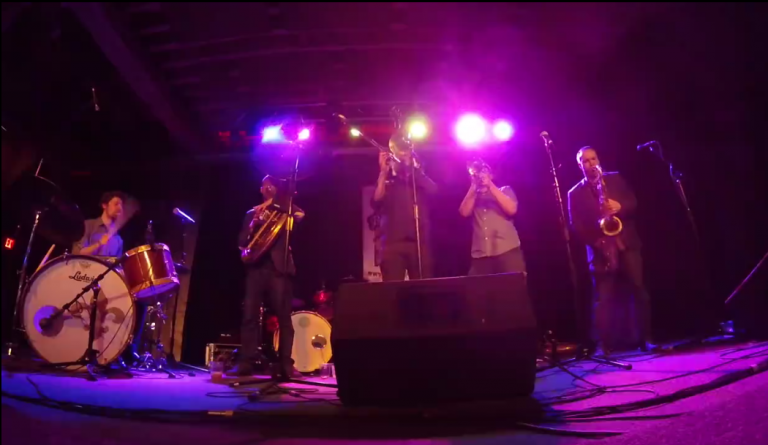 Whether receiving props from The Roots on Twitter, jamming with puppets on CBC Kids’ Mamma Yamma, recording with the legendary Giovanni Hidalgo or being championed by influential DJ and tastemaker Gilles Peterson, The Heavyweights Brass Band pack a one-two punch of crossover appeal and respect from music’s elite.

Inspired by the New Orleans brass band tradition, the Heavyweights’original stance keeps one foot firmly rooted in the rich legacy of jazz, while one foot steps forward into the future. Like the music’s originators, the Heavyweights are unafraid to incorporate influences from disparate areas of the musical spectrum, from pop hits of the day to original compositions, from R&B and funk throwbacks to the infectious rhythms of Latin America, all woven together with the thread of adventuresome sophistication.

The uppercut ascent of the Heavyweights’ arc has been the result of relentless dedication. Touring across Canada and sharing the stage with such influential groups as The Roots, Trombone Shorty, Galactic and Hypnotic Brass Ensemble has helped build the group a loyal following. Now with their sophomore release Brasstronomical, the Heavyweights are offering a unique sound with emphasis on their original compositions. They delve deeper and more eclectically into each musical direction implied on their first album. Brasstronomical reveals the band’s music is stronger, bolder, funkier and more mature than ever before. 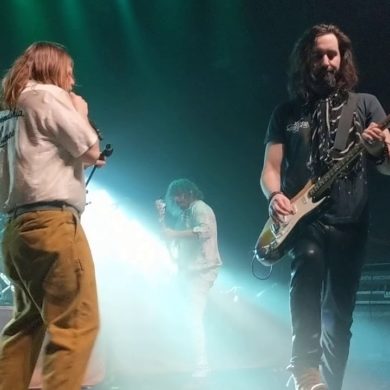