New Kleinhans Centerstage series, a chance to get intimate with music

Kleinhans Music Hall is launching a concert series that will not just break the “fourth wall” between performer and audience, but obliterate it. In the low-cost, three-event series, the performer will be in the middle of Kleinhans’ main stage, with the audience seated onstage surrounding the performer. Limited tickets will be available to each event.

The series kicks off with an appropriately intimate piece of music: Bach’s Six Suites for Unaccompanied Cello. These suites have been transposed and adapted for a variety of instruments, and soloists relish the opportunity they provide for personal interpretation. Cellist Jeffrey Noel Lastrapes has given performances of these pieces all over the world, and has published his own edition of them. He will perform them at at 7 p.m. Tuesday, March 6.

American classical guitarist Xavier Jara is the 2016 winner of the Guitar Foundation of America Competition. Part of his prize is a 50-city recital tour, which will stop at Kleinhans Centerstage at 7 p.m. Tuesday, April 3. Jara studied in Paris for six years with Judicael Perroy, and completed his Bachelor’s Degree at the Conservatoire National Supérieur de Musique de Paris where he also studied with French guitarist Olivier Chassain and lute master Eric Bellocq. He has won several prestigious guitar competitions throughout the world. His appearance in Buffalo is co-sponsored by the Castellani Andriaccio Guitar Studio.

The Buffalo Gamelan Club – Sari Raras Irama has been bringing people together and introducing them to Javanese music and culture since 2015. Director Matt Dunning has developed a program that showcases a variety of traditional Javanese music and dance pieces from the royal Mangkunegaran Palace and the city of Solo. Special guest Pamardi Tjiptopradonggo is one of the preeminent performers of both refined and strong forms of Javanese dance. They will perform at 7 p.m. Friday, May 4.

“We’re always seeking opportunities to offer different concert experiences, to fully utilize the architectural and acoustical treasure that is Kleinhans Music Hall, and to deepen people’s connections to music. We have done a couple of events like this in the past, and audiences seem to enjoy it, so we thought we would try it again,” said Buffalo Philharmonic Orchestra Executive Director Daniel Hart.

Tickets to all events are available at bpo.org and kleinhansbuffalo.org. Tickets are $20 for general admission and $10 for students. Attendance at the April 3 event is free to members of Friends of Falletta, a group of donors who support the JoAnn Falletta International Guitar Concerto Competition. 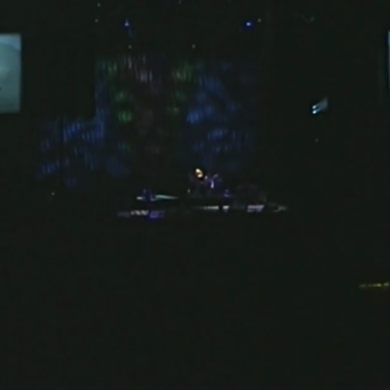