Mihali has officially dropped “Fading State”, the new dub-reggae single from his forthcoming debut solo album. “Fading State” is the first solo effort from the Twiddlefrontman and features guest vocals from socially conscious music luminaries Nahko (Nahko and Medicine for the People) and Trevor Hall, and is produced by Johnny Cosmic of Stick Figure. Mihali has not yet revealed the title or release date of his upcoming solo project, but will be treating audiences to sneak peaks of cuts from album while on the road for a short run of solo tour dates this December (a full list of announced dates are below).

Yesterday, Billboard premiered the official video for “Faded State”, a track appropriately in tune with the culmination of the 2018 midterm elections. In the video which uses animated stick figures to represent of each of the featured artists, the singers plead with government officials to save the planet from the harmful effects of climate change. “The climate crisis that’s happening on our beautiful planet is getting worse and worse every year,” Mihali tellsBillboard. “With each passing year, the issue is continuously met with opposition motivated by greed. It’s up to all of us as individuals to do what we can to educate ourselves about what’s going on and to do our part to make a positive change in the world. With our current political climate, I think now is the perfect time for this single to be released.

On “Fading State”, Mihali provides a musical catharsis to anyone who might be experiencing frustration with the current environmental and political state. Although the subject reflects the tensions many Americans are currently feeling, he counteracts the gloom with reggae elements and optimistic lyrics like “when the darkness comes we’ll have our love lights blazing, our kindness raging in every single nation/ It’s time to wake up and change the current situation.”

Next month, Mihali will embark on a solo tour with select dates in the Northeast (see below). He reveals to Billboard his excitement for releasing solo music, “[o]n any days that [Twiddle] had off, I was able to find some time to write and record,” he says. “This song truly felt like the spark that ignited this whole project for me. I can’t wait to share the rest of the music with everybody.” 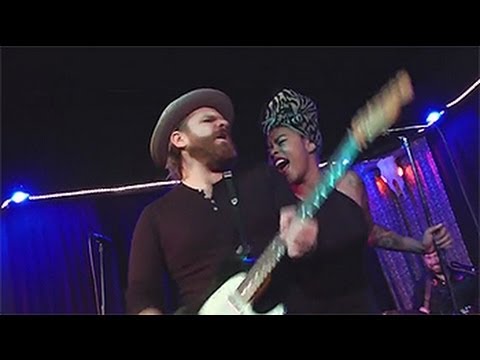