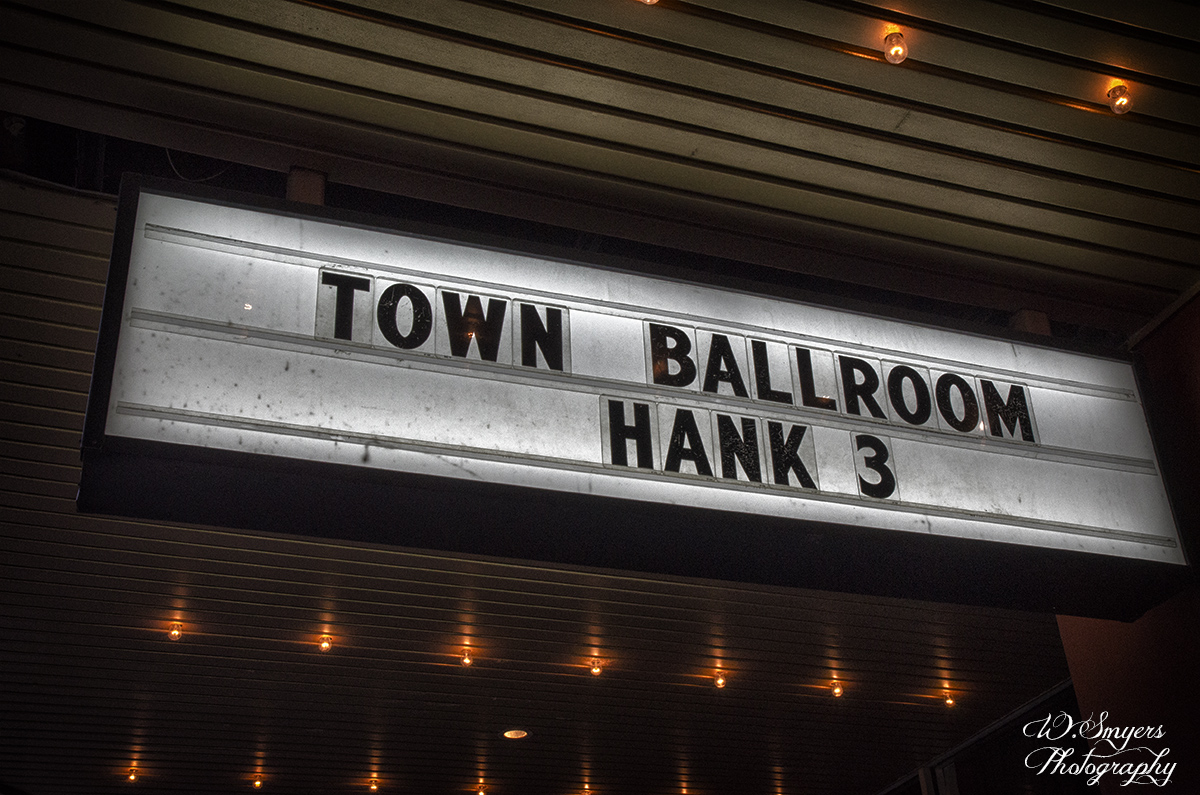 Hank Williams III, or Hank 3 as he likes to be called, took the stage at 8:15pm at Town Ballroom Buffalo, NY Friday June 13, 2014 and didn’t step off the stage for four plus hours only stopping briefly to switch hats or band members. The singer/songwriter/musician from Nashville, Tennessee entertained the sold out crowd playing well over 50 songs, including “Drinking Ain’t That Hard To Do”, “Can I Rip You” and “Smoke& Wine.” Hank 3 tries to give his audience as much as he possible with their time together and it shows. Influences that can be heard in his songs are from artists such as his father Hank Williams Jr ., Old Black Sabbath, Pantera and a well mix of Johnny cash and Reverend Horton Heat and so many more. If you have never had the chance to catch one of Hank 3’s concerts it is truly an experience like no other. The Show, divided into 3 parts, country/rockabilly, Punk and Doomsday draws a crowd as diverse as its songs. There is no real classification for what genre Hank 3 is except for true to himself. As the night came to close, Hank 3 jumped off the stage and into the crowd and personally thanked everyone, signs autographs and dropped his famous 3 finger symbol for selfies with fans. On a side note, I would like to thank the staff at the Town Ballroom for their hospitality during the review of this show. As always security was on top of their game for the sold out show. Don’t forget to swing by Hank3.com to get your copy of Brothers Of The 4X4.