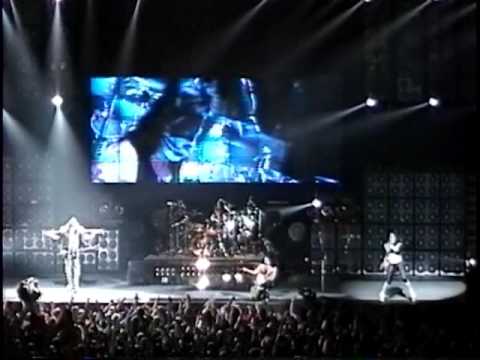 KISS is one of the biggest rock bands ever, and America’s number one Gold Record award-winning group of all-time. Known for their heart-pumping music, elaborate make-up, blood-spitting, and explosive pyrotechnics, the hard-rocking New York City band has sold over 100 million records worldwide. Over more than 40 years of music and record-breaking global tours, KISS has built an army of fans, played scores of major events and venues, and was inducted into the Rock and Roll Hall of Fame in 2014. With classics like “Detroit Rock City,” “Beth,” and “Rock and Roll All Nite,” KISS is ready to bring the summer heat to Niagara Falls.  Tickets on sale April 14th at Noon!  General admission seating starting at $55. Reserved seating available starting at $75.

Doors will open for this special outdoor show at 6pm on the day of the show. No outside food or drink allowed. Those under 18 will only be admitted with an accompanying paid adult.

TO PURCHASE TICKETS for Seneca Niagara Shows: Purchase tickets at 8 Clans or the Club Store inside Seneca Niagara Resort & Casino, online at ticketmaster.com, at any Ticketmaster location or order by phone by calling 1-800-745-3000.