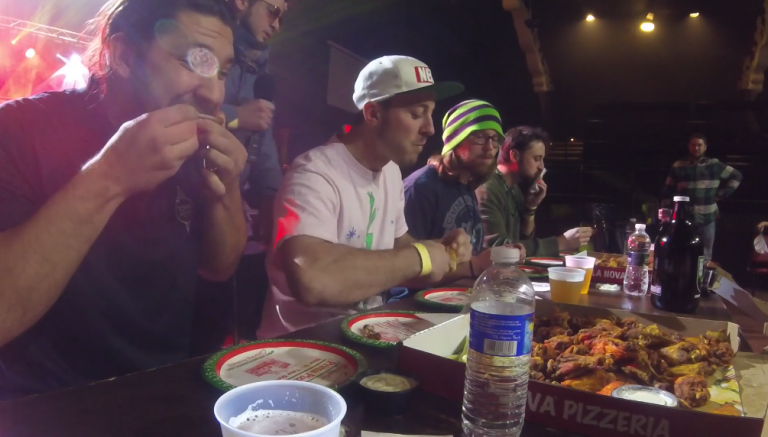 When Twiddle and Aqueous spent two glorious nights in early 2017 at the Town Ballroom, we couldn’t resist a chicken wing throwdown between the two up and coming jam bands.

With the help of Community Beer Works and La Nova, Rob from Twiddle handled the play by play and the two went at it for 5 minutes, wing for wing, until Twiddle came out victorious against the Buffalo based Aqueous (see video above) 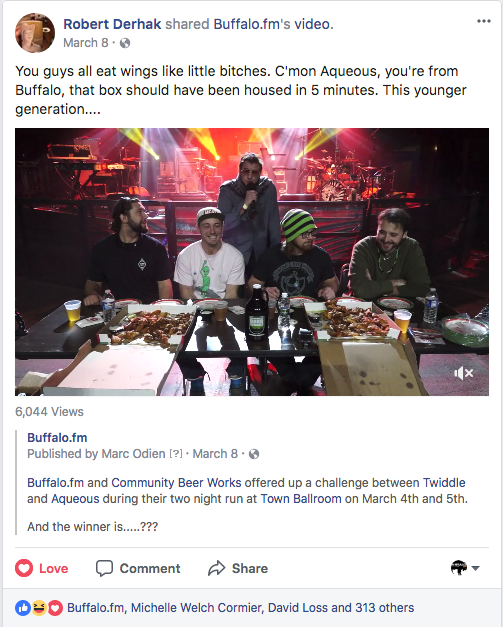 Now that Rob seems to be recovering well from his recent health scare, maybe we will see Twiddle defend their 2017 title vs. moe. in 2018??

As for the show’s themselves… Aqueous and Twiddle did not disappoint.  The two night sold out run was one of the easily one of the best of early 2018