“Salut” is the second single from the band’s forthcoming studio album release Stylo. The full album will be released to the public onFriday, March 2nd, and is currently available for pre-order through the band’s PledgeMusic campaign. In celebration of the release, Toubab Krewe have mapped out an album release tour which kicked off in Colorado earlier this week. A full list of tour dates is below.

“To create Stylo, we took a blend of influences ranging from Appalachia, West Africa, Lollywood, and New Orleans, and combined them into an eight-song trip,” explains guitarist and soku player Drew Heller to Live for Live Music. ‘“Salut” is a traditional Wassoulou tune from Mali,” he continues, “it’s a tune I learned from the great Malian guitarist and songwriter Kabine Diakite.” Live for Live Music describes “Salut” as a “cascading new tune that showcases the group’s hypnotic and effortless sound. While rhythmically propulsive and technically complex across its five-minute length, “Salut” starts serenely, eventually building to a dramatic drum break ahead of the number’s forceful close.”

Stylo is the first album to be released from Toubab Krewe in seven years, and can be pre-ordered through the band’s PledgeMusic campaign for those who are eager to hear it first. Fans are offered a number of exclusive items and experiences through the campaign including signed merch, Skype interactions with band members, and even a chance to help others in need. A highlighted item offered with the pre-order of Stylo is the Toubab Krewe seed garden. For each collector’s “seed box” purchased, fans will also be helping underserved communities globally with a portion of proceeds benefiting Seed Programs International (SPI).

In celebration of the new album, Toubab Krewe are hitting the road. Yesterday, they kicked off a string of dates in Colorado and will then head back to the East Coast for a series of headlining shows throughout March and April. The band has already announced that they will be performing both weekends at Electric Forest, with more tour dates and festival appearances to be announced soon.

For more information, and to pre-order Stylo, visit: https://www.pledgemusic.com/toubabkrewe 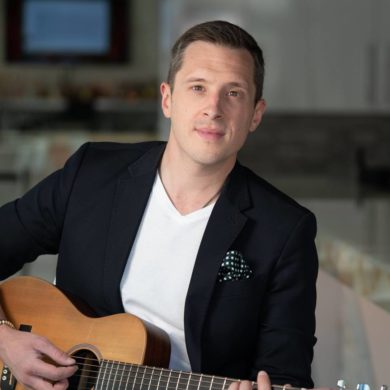