NOTE: VIDEO WILL POP UP CLOSER TO SHOWTIME IN THE VIDEO PLAYER ABOVE.

tonight’s Everyone Orchestra is conducted by Matt Butler and is scheduled to feature:

Everyone Orchestra is a blissful, masterfully conducted, fully spontaneous explosion of live music created by a rotating cast of world renowned musicians and led by conductor Matt Butler. Each show is 100% unique, as a carefully curated lineup of performers (from bands as preeminent as the Grateful Dead, Phish, The Meters, King Crimson, Ween, Widespread Panic, etc.) is guided through mostly up-tempo, danceable grooves under the creative leadership of Matt’s cues and improvised whiteboard directives.

Unlike other one-off “super jams”, Everyone Orchestra does not borrow from other artists’ song lists, but rather draws on the funky, jazzy, soulful, electronic, and Americana roots of the hand selected musicians who come together in a consistently stunning display of raw talent and imaginative improvisation. Audience engagement also sets EO apart; fans are brought into the magic on-the-fly when Matt turns his whiteboard around to share a hand written theme for the next song (you might see “Funk in A”, or “Space Jam”), or a chorus for the crowd to join in the rhythm.

For 20 years, Everyone Orchestra and Matt have brought an incredible, animated, joyful collaboration to stages from Wakarusa to Jam Cruise, High Sierra, Summer Camp and All Good to Electric Forest, Ottawa Music Festival, Arise, Beloved, and to the country’s most revered clubs including Brooklyn Bowl, Terrapin Crossroads, Cervantes Masterpiece, The Fillmore, Great American Music Hall, Park West, and countless others. 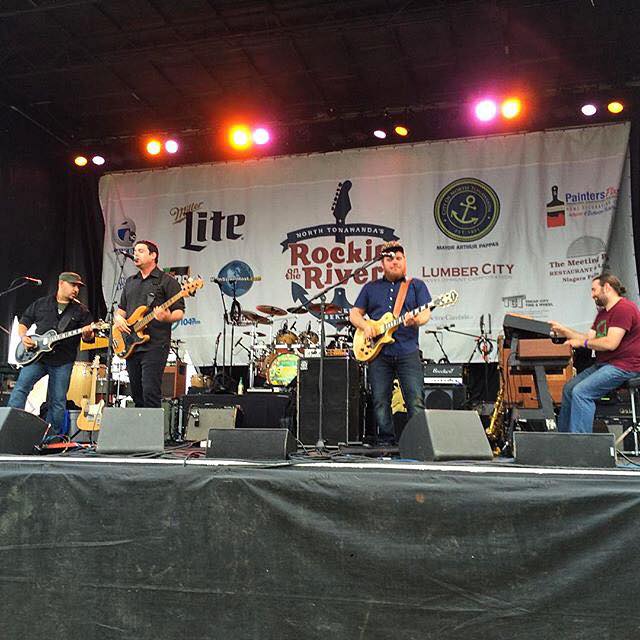