This guy is awesome and he’s coming to Buffalo tomorrow night!!!

Lazer Lloyd, who many call “Israel’s King of the Blues”, is a blues, rock, and folk guitarist and singer/songwriter who has spread love of the blues across Israel. The Washington Post recently noted, “One of the most popular blues singers and guitarists in Israel is Lazer

His latest recording is a roots acoustic blues album entitled “Lost on the Highway” release Aug. 2013 on Blues Leaf Records where Lazer is the only Israeli artist.
In the Blues Blast Magazine review of “Lost”, Rex Bartholomew writes, “I have been listening to the blues for most of my life and had never run into a blues record  from Israel before, but this first one is setting the bar high.
His guitar playing alone is worth the price of admission, and when you add in his vocals and strong songwriting skills, this disc is a winner.”

“Lost” has gotten airplay on blues and AAA radio all across the US as well as in Italy, Germany, England, and Scotland. The most recent Lazer Lloyd electric album, “My Own Blues”, was the Israeli Blues Society’s  selection for Best Israeli Blues Album in 2012Lloyd.”

You can get tickets here http://www.brownpapertickets.com/event/812319 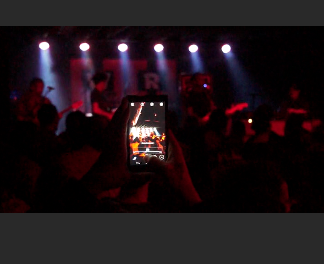