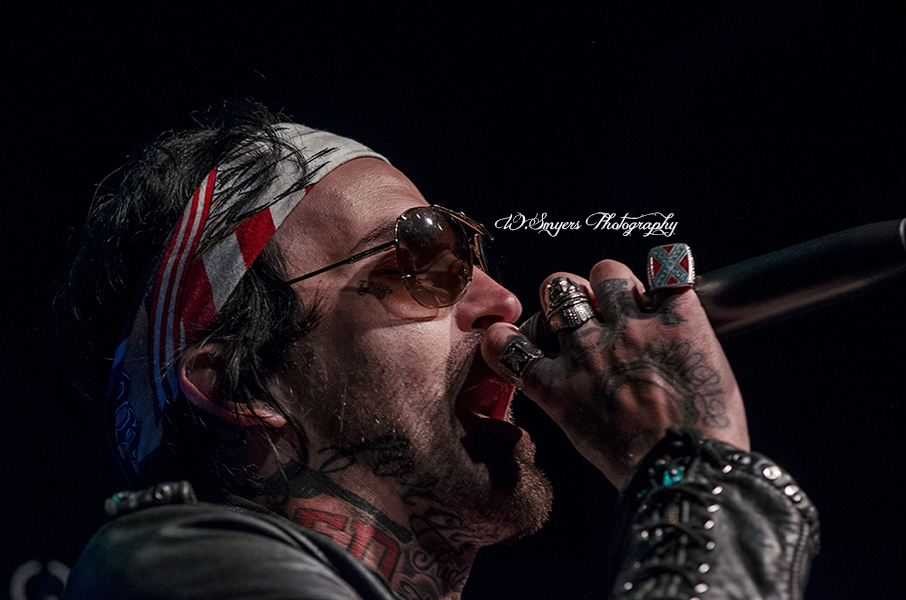 So… what do you get with a DJ spinning on top of a Chevrolet, a Bass player playing it like a cello, a rapper, and a hard Rockin’ guitarist have in common? Well the Heck if I knew until I saw the combination myself. Yes, I am talking about Yelawolf.

We had the chance to interview Yelawolf, he is not like many performers that I have met before. Michael Wayne Atha, AKA Yelawolf, talked about standing up for yourself, and not letting anyone take you down, in real life or the cyber world.

Atha, Started out in a similar situation that I had, I can relate to him on many levels. It is great to see when someone like him advocates to strive to rise above, and be above. To say that I have walked in similar shoes, it truly gives me, and many others that I have heard about, hope. Hope, in the time when you need it. Hope, when you are the only one, swimming up a sea, on a fast current that is trying to knock you back down. Hope is a strong thing and don’t ever let that go. Don’t give up or into others.

I can see why he has a huge fan base, with a sound a little like Eminem, and a lot of his own unique style. Yelawolf is one in a million, musically and in person.

He is very talented, like the Zappa bands ( they late Frank Zappa and his son Dweezil how carries on the legacy of his music today), but in southern hip hop style. Laying down tracks with star performers such as, Kid Rock, and Eminem, the sky’s the limit for Yelawolf!

From the time they came out on the stage, they were jumping, singing sounds of the old school rock and roll, mixing it up with the high energy, that the crowd came to see. I never heard Hillbilly Casino prior to the show, but I stopped to purchase a cd from them on the way out! If you like Rockabilly, and rap, you will dig them. They ended their set with a high energy version of a version of Van Halen’s, Hot For Teacher, pounding high kicks, bass slamming, and strong vocals. During that song I was up on my toes, I thought Van Halen actually was on the stage.

More Photos Can Be Seen at www.wsmyersphotography.com/yelawolf