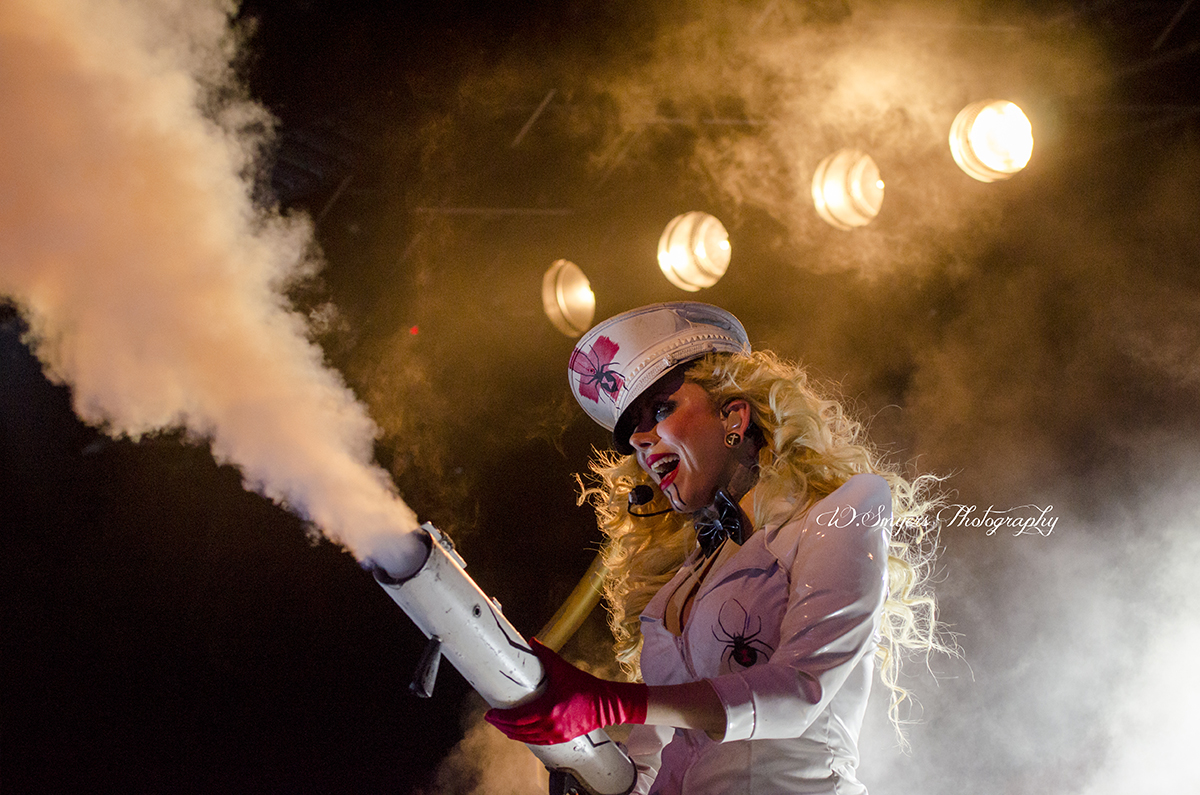 Reviewed By Jessie Lakatos
Photos By William Smyers
Blood Legion filled the Rapids Theater in Niagara Falls, NY to watch the Nominated for the Metal Hammer Golden Gods Awards  goddess, Maria Brink.  In this moment encourages fans to dress in costume to become part of the show, and wow, do they!  I saw Black Bunny masks, Sex metal barbie costumes, a few “WHORE” dunce caps along with many other amazing costumes, props and make-up!  In This Moment, rocked out a sold out show at the Rapids Theater in Niagara Falls, NY.  Brink has an amazing voice, while her stage presence reminds me of Marilyn Manson & Rob Zombie in his early years, the stage show was similar to Alice Cooper or Marilyn Manson.  I think this band is very talented musically and theatrically, I was very happy to be able to be at this concert.
Every time Maria left the stage,  I couldn’t wait for her to come out with her next outfit, props and blood legion stage dancers, but the band kept us entertained while we awaited Brink’s return.  Tom Hane, the drummer for In This Moment, did one of the best drum solos I had heard in years (most bands don’t even do that anymore), and the jam session were pure perfection.   Some of Maria’s show stopper costumes included a nurse, plastic barbie head mask, a huge beautiful umbrella, bat like wings that gave the appears of about a 9 foot wing span.  The blood legion dancers on stage with her changed as often as she did.
I have seen many concerts at many venues, and nothing compares to how awesome this show was.  I am huge fans of Marilyn Manson,  Alice Cooper and Rob Zombie, I have seen them all live, I think In This Moment, is my favorite of all of them.
I believe In This Moment has everything it takes to be the next great legend band, not for just in this moment but for a lot of moments.  I thoroughly enjoyed the show and would travel far to see them again, that is how much I enjoyed becoming part of the show.
Set list
Members –
Maria Brink – lead vocals, piano
Chris Howorth – lead guitar, backing vocals
Randy Weitzel – rhythm guitar, backing vocals
Travis Johnson – bass, backing vocals
Tom Hane – drums
Upon a Burning Body
This was my second time seeing this band, the first time was during a Metal Mayhem, and I was sad that they only played a few songs and not a full set.  This band is filled with great musicians and strong performers.  Upon A Burning Body lead singer, Danny Leal, had no shirt on and ship rope around his wrist and when he started signing Red Razor Wrists, the crowd exploded and didn’t until there finally song, Turn Down For What.
I have watched this Upon a Burning Body grow over the past few years and I am really happy to see them doing so well.  All their talents complement each other well and I would not be surprised if they announced in the near future that they are headlining, they are that good in my opinion.
Set list
(DJ Snake cover)
Members-
Danny Leal – vocals
Sal Dominguez – guitars
Ruben Alvarez – guitars
Rey Martinez – bass
Tito Felix – drums, percussion
Butcher Babies
When Butcher Babies took the stage, I wasn’t sure what to expect.  I had only heard a few of their songs prior to seeing them and now I am hooked.  Heidi Shepherd and Carla Harvey carried the high energy into the crowd.  Encouraging the crowd to rock out and to a“Hi-five” contest.  This was the first time that I saw any band do this.  Shephard and Harvey “hi-fived” anyone that came forward to the stage.  I quickly moved to the right side of the stage to watch this.  Fans crowd surfed to the front of the stage, and when they reached the front, security helped them down (imagine a waterfall here but of people flowing instead of water) and at the end, where Shephard and Harvey stood with awaiting outreached hands.  I saw one guy go up 5 times!  while some bands deliver strong riffs and vocals, The Butcher Babies, assault and violate the crowd with aggression, abuse and straight up rock metal.  I can see why Butcher Babies has such a huge following, the crowd loves their old school metal rock energy! I think they could be the next big thing in metal rock and roll and put that type of music back on the charts.
The Nearly Deads opened the stage warming up the crowd with rocking vocals and spot on heavy metal songs.  Nearly Dead is a Alternative-Rock/Post-Grunge band from Nashville, TN
and has much potential to be the next big thing!
Members
Theresa Jeane – Vocals and Keys
Steven Tobi – Lead Guitar
Kevin Koelsch – Bass
Javier Garza Jr. – Rhythm Guitar
Josh Perrone – Drums
Set list
1. Reasons
2. Invisible Tonight
3. Changeover
4. Brave
5. Easy Way Out
6. Fact and Friction
7. Never Look Back 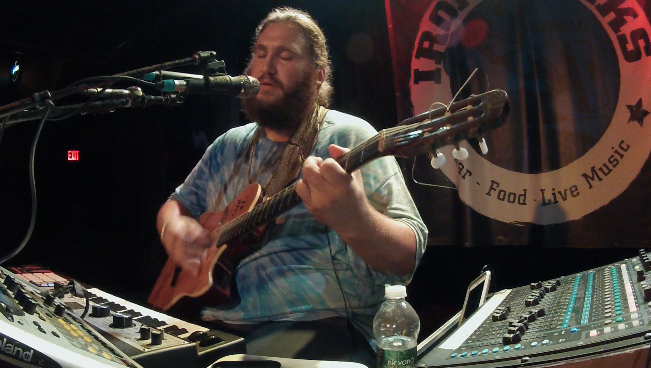