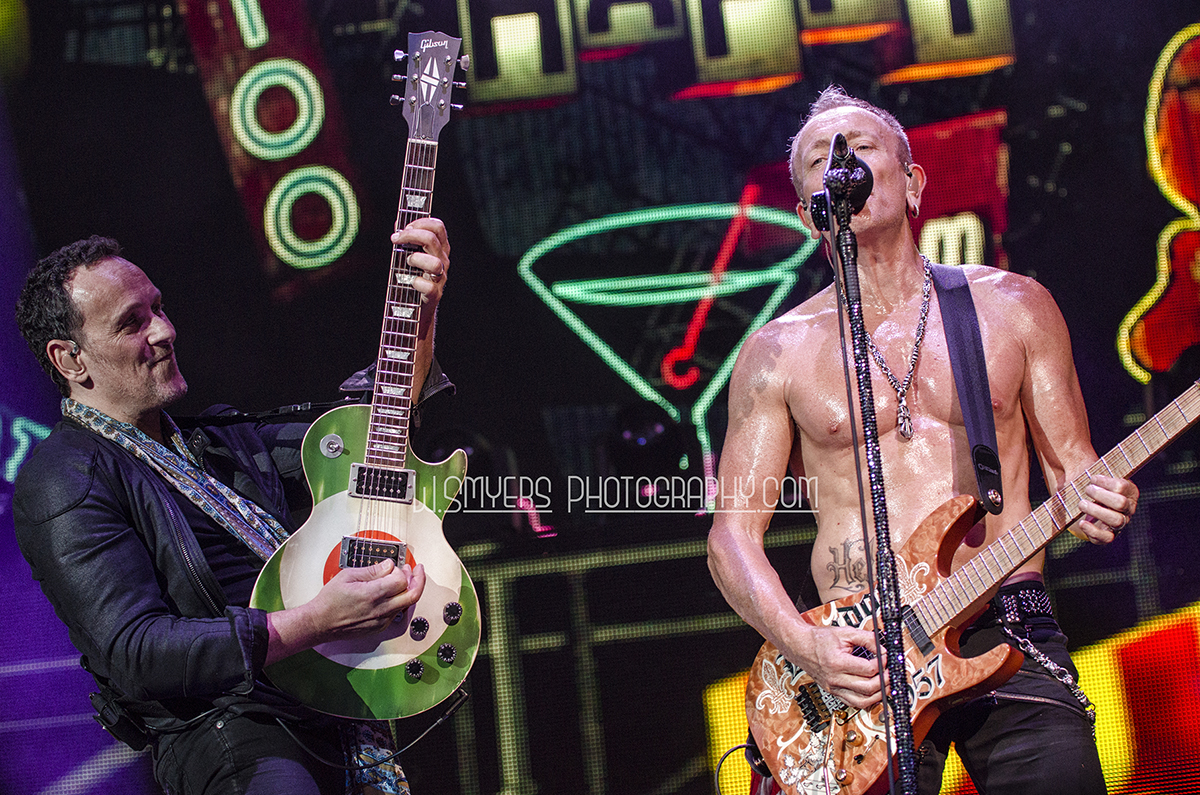 (UPDATE: GET YOUR 2017 DEF LEPPARD NEWS AND TICKETS RIGHT HERE)
Come Sail Away, and Let’s get Rocked
Def Leppard Summer Tour 2015, with Special Guests, Styx, and Tesla
Darien Lake- July 12, 2015
Review By Jessie Lakatos
Photos by William Smyers
As the Roller Coaster reached the highest peak of the ride, and the ferris wheel continued on its rotation at Darien Lakes theme park, Tesla led off the evening of the North American Def Leppard Tour with special guests, Styx, and Tesla tour with their first song, Edison’s Medicine. Frank Hannon, was playing the Theremin during this song, and it was really cool to see live.  While I had never seen them live, so I was very much looking forward to hearing them. While they played the 3 songs I anticipated hearing, Edison’s Medicine, Love Song closing with my favorite Modern Day Cowboy.
Styx then came on, and in contrast to Tesla, played like it was 1985, all over again. With a high-powered rendition of Renegade, a Montage of Rocket Man/Bohemian Rhapsody/Dock of the Bay which lead right into Come Sail Away, the near sold out Darien Lake Performing Arts Center, was singing along with keyboardist, Lawrence Gowan. I can remember roller skating to that song, and hanging out in my friend’s basement, sneaking our Dad’s records, from the “Do Not Touch” pile.  Chuck Panozzo,  joined the band on the second song of the set.  Panozzo. is band’s bassist, and one of the band’s original founder/member
Def Leppard delivered a high energy and was well received.  Vinny Campbell, was back with the band, looking good and in full swing.  The night was about great tunes, memories and a awesome light show. Def Leppard did and outstanding rendition of the sing-along friendly Bringin’ On The Heartache, and the well known stripper anthem, Pour Some Sugar On Me. I saw a couple guys belting out at the top of their lungs, to their lady friends, while swaying their hips, definitely the most fun people I saw, and lest not forget the amazing drum solo from Rick Allen during Switch 625.  The had video feed on him switching back and forth between his custom setup and extra foot petals.  The crowd went insane, I now know why he’s known as “The Thunder God” by fans.  I have no other words to describe just how amazing his solo was.
The two song encore was one of the best I can recall, starting with a kick-butt rendition of Rock Of Ages, a song I had forgotten how much I loved, and had everyone on their feet (even the middle-aged reserved quiet ladies sitting next to me). The finale song of the night was Photograph, which transported me back to my high school years, standing at the corner of my high school lot, with our cars all lined up, a group of us standing around in jeans, and concert shirts, smoking cigarettes, and cranking up that song as loud as we could. If you wanna get Rocked, Def Leppard spares no expense to delivers that!
Def Leppard Setlist-
Intro -Disintegrate
Encore-
Outro- Kings of the World
Styx Setlist –
Tesla Setlist- 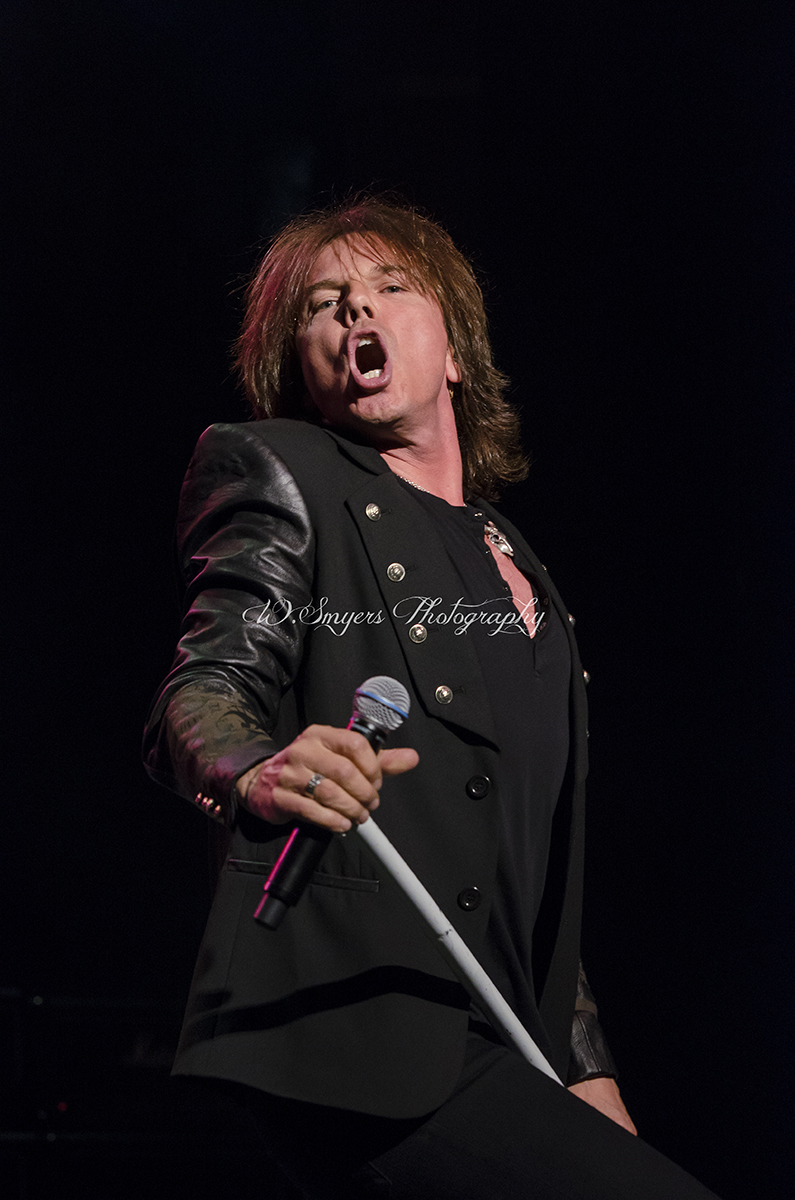