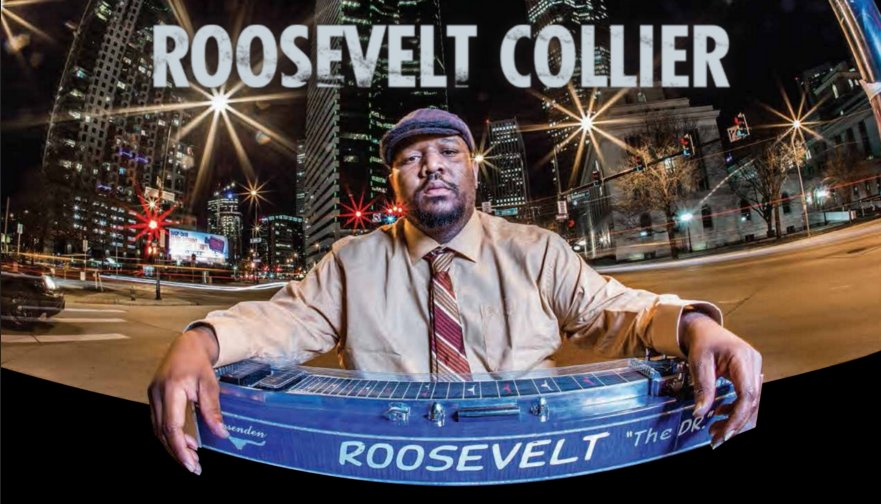 Soft-spoken by nature, south Florida-bred Roosevelt Collier does his hollering on the sacred steel guitar.

Brought up in the tradition of the House of God Church, Roosevelt built his reputation alongside his uncles and cousins in The Lee Boys, known for their spirited, soul-shaking live performances.

Seated front and center, “The Dr.” leaves an indelible mark on listeners, flooring audiences with his lightning-fast slide work on the pedal steel. At festivals, he is a regular “Artist at Large,” performing alongside many of music’s most prestigious acts, from the Allman Brothers, to the Funky Meters, to Los Lobos to the Del McCoury Band.

Whether on tour with the Lee Boys, bouncing from stage to stage at festivals, or hosting an allstar get down in Miami, when Roosevelt takes the stage, the ear-to-ear grins can’t help but be contagious.

Roosevelt has announced 12 shows in February and March in addition to this weekend’s Suwanee Get-Down & Disc Jam in Florida.  Later this month, “The Dr.” hosts two nights in Frisco, Colorado at the Barkley Ballroom with Bill Nershi (SCI), Alwyn Robinson (Leftover Salmon) and Josh Fairman (Analog Son/Kinetix) followed by a weekend in Northern California with Fishbone’s Norwood Fisher and a very special San Fran show with Jay Lane of Primus on drums.

Roosevelt will host an all-star jam at the highly anticipated Okeechobee Music & Arts Festival in early March, then head to New York for four shows across the state with a powerhouse rhythm section of Taylor Shell & Mikey Carubba of Turkuaz, as well as Dopapod’s Eli Winderman & Rob Compa on guitars and keys.

The final weekend through the Northern Rockies includes two-set evenings backed by Jelly Bread starting in Salt Lake City for St. Paddy’s Day, a special evening in Bozeman with Montana up-and-comers Cure For The Common, and a closer at the famed Mangy Moose in Teton Village, Wyoming for a throwdown after the Jackson Hole Rendezvous Fest featuring Zac Brown Band and Chris Robinson Brotherhood.

If this is any indication of what 2016 will bring, it’s safe to say it will be a landmark year for Roosevelt “The Dr.” Collier. 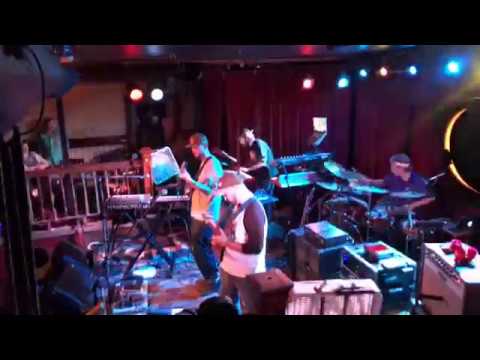