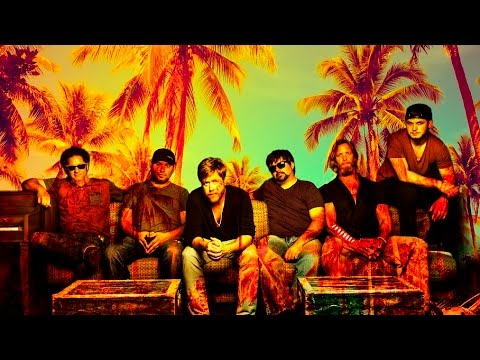 About The Hip Abduction:

Sometimes inspiration strikes from the immersion of living in a far away place. The view of the ocean. The sound of a rainforest at sunrise. The smell of an open-air market. The embrace of the wild human experience. However, maybe the nostalgia for a certain place might be attributed instead to a feeling, or a time, or even a person. Sometimes, inspiration stems from a place that everyone can relate to, but maybe no one’s actually been. This is the music of The Hip Abduction, the vibrant St. Petersburg, FL-based collective that formed over a mutual appreciation for West African and early Jamaican reggae/dub music.

The Hip Abduction began through informal jam sessions and quickly coalesced into a sound that attracted national attention. For Gold Under the Glow, the band’s third full album releasing on March 11, 2016, THA engage an indie pop acumen alongside a highly emotive and roots driven sound. Recorded in Nashville, Gold Under the Glow was produced by Dabney Morris (Wild Cub) who is credited with incorporating synth-pop teeth into the band’s global foundation and summery vibe. It’s a smart blending of world pop and club aesthetics that appeals to both audiences.

Haewa, a musical outfit of progress, funk-rock psychedelia, and composition. Originally captivating audiences by combining fearless improvisation with the way of the power trio, Haewa has built upon these roots to create a brilliantly unique sound that offer balance between utter chaos and pure bliss. With the addition of rhythmic genius Brandon Caroselli, founding fathers Collin Jones(guitar/vocals) and Ben Ciliberto(bass) command their crowd upon a musical journey of discovery and exploration, down the road less taken, into the enlightening unknown.