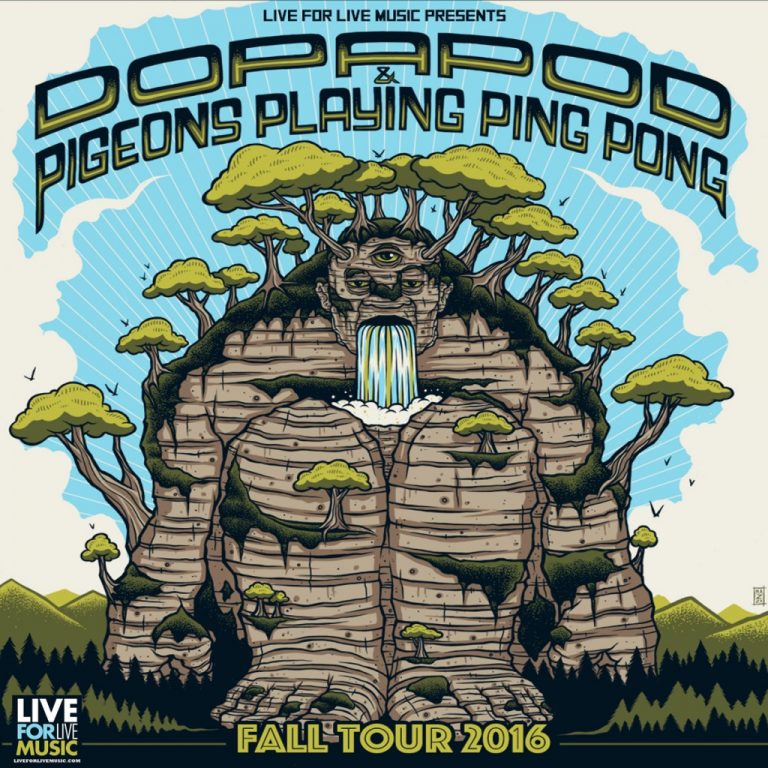 The Boston born, now generally Northeast based, but ever on-the-go Dopapod has come a long way from their college basement, DIY party roots. While maintaining to be as grassroots as their humble beginnings, the group has earned praise from taste making critics like Rolling Stone, Huffington Post, Jambase, Relix, and The Boston Herald, all the while tending to their ever expanding community of devoted listen-ers. The past 4 years have individually held the weight of about 150 shows, which have included numerous festival appearances like Bonnaroo, Wakarusa, Summer Camp, Electric Forest, Camp Bisco, Peach Fest, & Gathering Of the Vibes. All of this time on stage with each other has given the band the opportunity to explore the wide variety of influences that has impacted them to be the players they are today. But, don’t be quick to think that the no holds barred experimentation is unguided. While the brush in their hand uses every color, it’s the stroke on the canvas that gives Dopapod a distinct voice in the way of crafty songwriting.

That calculated, compositional mindset and restless nature to never sit too still is what has allowed Dopapod to fully realize their fourth studio release, Never Odd Or Even. Guitarist/vocalist Rob Compa giddily tells, “We really felt that the material this time around represented a big leap forward, not just in the way we’ve been in-teracting as a band, but in the way our focus has become sharper in paying attention to things like melody, theme, lyrical imagery, and structure – all the elements that make a great song.”

Determined to have that maturity translate in the studio, the band enlisted friend and producer Jason “Jocko” Randall to both engineer and produce the record. Keys/vocalist Eli Winderman couldn’t be happier about how things went. “We lived at his studio for about a month for these sessions and it just clicked right away. Jocko immediately became another member of band in many ways. With his atti-tude and approach to the recording process, we were able to really dial in the sounds we wanted, get those perfect takes we were aiming for, and have a blast the whole way through.”

Released in November of 2014, Never Odd Or Even set an exciting tone for the fol-lowing year. Incessantly touring throughout 2015 from coast to coast in support of the record, Dopapod found itself with a reborn musical chemistry on stage. Observ-ing the patience to let ideas organically develop themselves, all the while articulat-ing their restless intuitions with impulsive audibles, an exciting chapter has been bred in the dense stories being told on stage to the crowds that are coming out to listen and walk away with something new every time.

Funk, Rock, Electronic ENERGY: These four Pigeons bring it every night. Based out of Baltimore, MD, Pigeons Playing Ping Pong has an undeniably unique and versatile live sound that ascends peaks of musical ecstasy. Their evolving arrangement of original compositions, psychedelic improvisational jams, and contagious smiles have ‘The Flock’ growing and coming back for more. With no end in sight, Pigeons Playing Ping Pong is here to bring the party with their danceable electro-funk grooves and infectious ability to bring positive energy to any environment.

Having launched their East Coast buzz from very successful weekly residencies at The 8×10 in Baltimore, high profile festival spots including Catskill Chill, The Werk Out, Camp Barefoot, Wormtown Music Festival and others have put the memorable band name on the lips of music lovers and groove nuts. As a result, the grass roots response to the almost 200 shows the band played in 2013 was remarkable, with significant audiences showing up for first time plays in new markets from Colorado to Florida.

As Pigeons continue to expand their touring they continue to grow their Flock and expand people’s minds (musically…). Whether it be at a major festival or your local rock club, get ready for some fun… 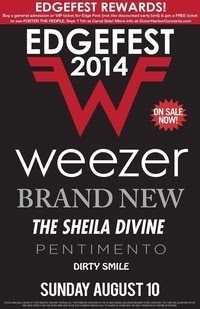