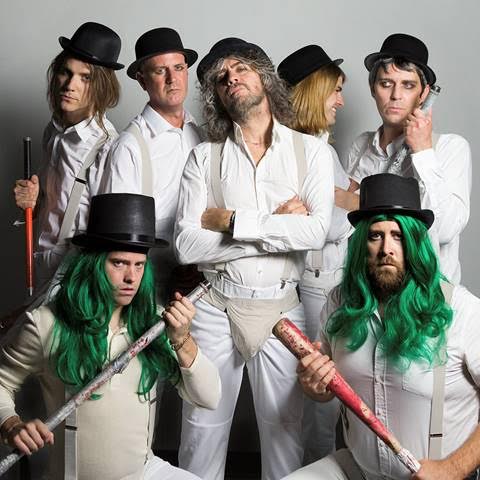 The Flaming Lips are an American rock band, formed in Oklahoma City, Oklahoma in 1983.

Melodically, their sound contains lush, multi-layered, psychedelic rock arrangements, but lyrically their compositions show elements of space rock, including unusual song and album titles—such as “Psychiatric Explorations of the Fetus with Needles”, “Free Radicals (A Hallucination of the Christmas Skeleton Pleading with a Suicide Bomber)” and “Yeah, I Know It’s a Drag… But Wastin’ Pigs Is Still Radical”. They are also acclaimed for their elaborate live shows, which feature costumes, balloons, puppets, video projections, complex stage light configurations, giant hands, large amounts of confetti, and frontman Wayne Coyne’s signature man-sized plastic bubble, in which he traverses the audience. In 2002, Q magazine named The Flaming Lips one of the “50 Bands to See Before You Die”.

The group recorded several albums and EPs on an indie label, Restless, in the 1980s and early 1990s. After signing to Warner Brothers, they scored a hit in 1993 with “She Don’t Use Jelly”. Although it has been their only hit single in the U.S., the band has maintained critical respect and, to a lesser extent, commercial viability through albums such as 1999’s ‘The Soft Bulletin’ (which was NME magazine’s Album of the Year) and 2002’s ‘Yoshimi Battles the Pink Robots’. They have had more hit singles in the UK and Europe than in the U.S. In February 2007, they were nominated for a 2007 BRIT Award in the “Best International Act” category. By 2007, the group garnered three Grammy Awards, including two for Best Rock Instrumental Performance.

In 2008, the band’s long-awaited, seven-years-in-the-making film Christmas on Mars made its debut at the Sasquatch Festival in George, Washington; that fall, the movie and its soundtrack were released as a CD/DVD set. During 2007 and 2008, the Lips began working on the follow-up to At War with the Mystics, taking a looser, more experimental approach than they had in years. The results were released as Embryonic in fall 2009, followed by the band’s quirky remake of the Pink Floyd classic ‘Dark Side of the Moon’.

The band then shied away from full-length releases for the next couple years, opting instead to work with a number of collaborators on various limited-edition EPs. Working with artists like Neon Indian, Prefuse 73, and Lightning Bolt, the Lips released tracks over the next couple of years in various nontraditional formats including USB keys embedded in gummy skulls, limited-edition vinyl, and candy fetuses. Their series of team-ups came to a head in 2012 when the band released ‘The Flaming Lips and Heady Fwends’, which collected songs from their previous collaborations as well as new material recorded with artists like Ke$ha, Bon Iver, and Erykah Badu. For 2013’s bleak ‘The Terror’, the Lips reteamed with Dave Fridmann, recording in a matter of days and using their collection of vintage synths as the album’s musical focus.

The Lips collaborated with Cyrus on a full-length album, ‘Miley Cyrus & Her Dead Petz’, which was released for free online in August of 2015. Following the album’s digital release, the artists toured together. In November of 2015, the Lips released ‘Heady Nuggs 20 Years After Clouds Taste Metallic: 1994-1997’, a three-CD or five-LP compilation including the ‘Clouds Taste Metallic’ album, the 1994 odds-and-ends EP ‘Providing Needles for Your Balloons’, a further rarities collection titled ‘The King Bug Laughs’, and a previously unreleased concert recorded in Seattle in 1996.

Canadian multi-instrumentalist and multimedia artist Mac DeMarco first emerged from complete obscurity under the moniker Makeout Videotape. Immediately after finishing high school in the summer of 2008, DeMarco moved from his hometown of Edmonton to the warmer climes of Vancouver, and self-released Heat Wave, a collection of songs he wrote and recorded while bored and listless in his new surroundings. The limited run of CDs soon sold out and Makeout Videotape ambled into the live performance realm with the inclusion of additional players Alex Calder and Jen Clement. The band quickly gained regional recognition, signing to Unfamiliar Records and going on tour with labelmates Japandroids in the fall of 2009. Makeout Videotape continued to perform locally and regionally as well as release new songs both digitally and physically throughout the next few years. DeMarco also began assembling a bevy of strangely psychedelic videos in this time, all baffling and some even pertaining to the band. In an abrupt switch-up, early 2012 saw DeMarco releasing the album-length EP Rock and Roll Night Club under his own name on new label Captured Tracks. While not completely divorced from the jangly, glazed-over pop of Makeout Videotape, the new set of songs had a darker tone, and vague themes of androgyny and late-night loneliness shared space on the set list with goofy Ween-like moments. Mere months after Rock and Roll Night Club, the more cohesive and somewhat more adult follow-up 2 appeared. Critics and music lovers alike took to DeMarco‘s sound and he spent much of the next year on tour and in performance before releasing his sophomore album, Salad Days, in the spring of 2014. DeMarco‘s popularity grew immensely with constant international touring, leading to the commercial release of the demos for both 2 and Salad Days. Following a lengthy tour supporting his breakout LP, DeMarco returned home to record his follow-up, the mini-LP Another One, which arrived in August 2015. 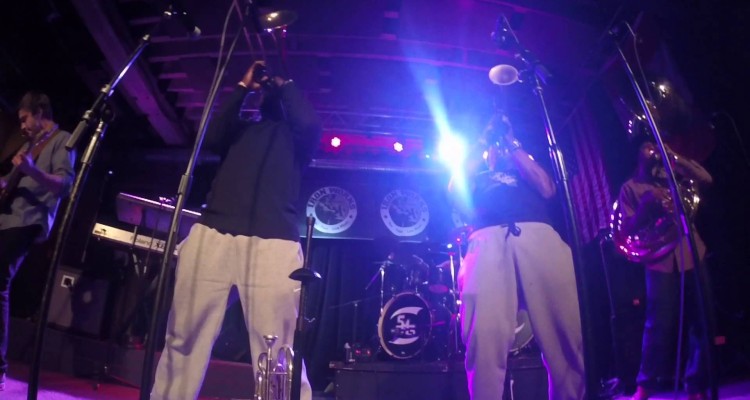