In February, Toubab Krewe will hit the road after a two year hiatus and return to clubs and stages across North America for a 2018 album release tour (a full list of shows below).

Stylo (pronounced Stee-lo) will be released in follow up to Toubab Krewe’s critically acclaimed sophomore album TK2 (released in 2010). Over the last seven years, the band has developed and evolved their authentic blend of Appalachian and West African music traditions. The result is a jubilant collection of eight-songs steeped in the group’s experimental and genre-bending sounds that have propelled them for more than a decade. The album’s lead single, “That Damn Squash”, draws from influences as diverse as Pakastani film scores, New Orleans funk, and Wassoulou grooves.  The track’s dynamic melody ricochets across the strings of electric and acoustic guitars, Casio and Realistic keyboards, while djembe and bass guitar drive the beat (click here to watch the animated video). “That Damn Squash”, now available on all major streaming services, is a just taste of what Stylo has to offer.

Toubab Krewe’s PledgeMusic Campaign features a variety of options forvarious budgets and interests. Pledge packages range from customly designed clothing to an exclusive Toubab Krewe seed garden with collectors box, as well as opportunities to interact with band members via private instrument lessons on Skype, and private concerts. A portion of all proceeds will support Seed Programs International (SPI), a non-profit organization based in the band’s hometown of Asheville, NC. Seed Programs International provides quality seeds and critically-needed expertise to impoverished communities in developing countries. With every pledge Toubab Krewe receives for physical merchandise, the band will send out a limited edition “That Damn Squash” seed package to the fan, allowing them to grow their own Toubab Krewe squash plants. SPI will then ship out a vegetable packet to a family or humanitarian organization in need.

The Stylo 2018 album release tour will make stops in Colorado, the Northeast, Mid-Atlantic, and Southeast. 2018 promises to be a big year for the group with music festival lineup inclusions on Electric Forest and Fractal Beach, with more to be announced soon. A full listing of confirmed tour dates is below, with additional tour date announcements coming soon.

For more information, and to pre-order Stylo, visit: https://www.pledgemusic.com/toubabkrewe 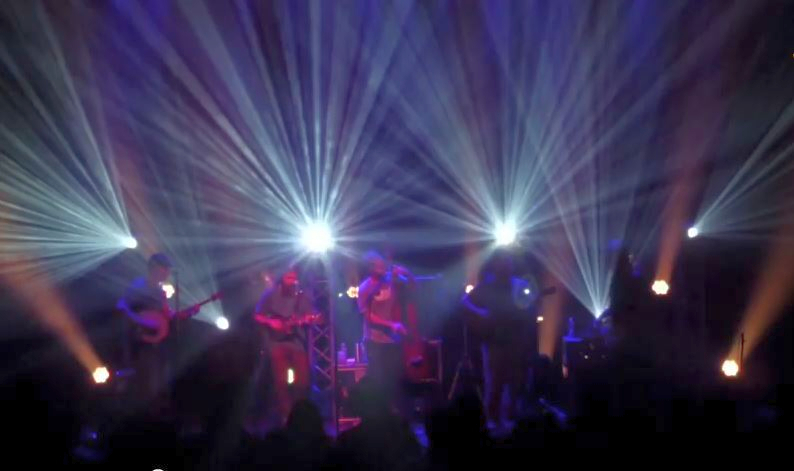