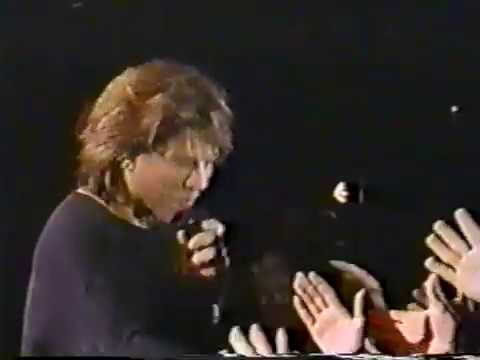 Based on Jon’s hair, we have to conclude that this footage is from the 1993 show at Darien Lake.

The only other option would be the Niagara Falls Convention Center show in 1989, since “Born to Be my Baby” wasn’t released until 1988.